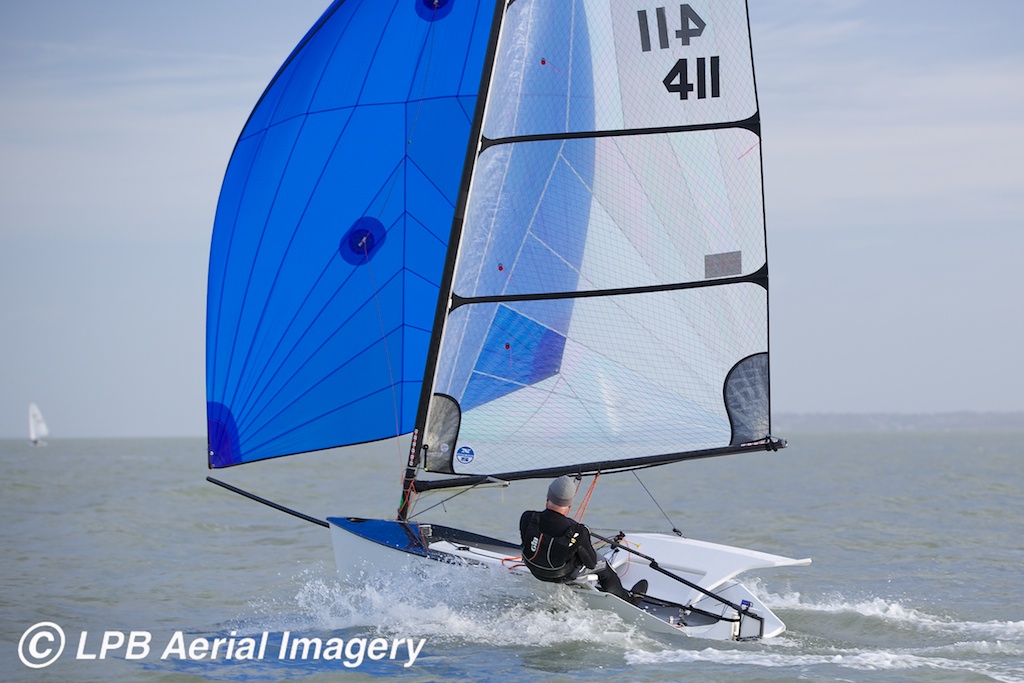 A select group of D1’s joined the 2 local boats to contest the next round of the traveller’s circuit held within the fast fleet of the Lymington regatta.

Saturday morning was a bit of a shock as boats were rigged in drizzle but this soon cleared as launch time approached, conditions were somewhat lively on the way to the start line with that awkward chop you only seem to get on the Solent.

Race 1 & sharing a start line with RS800’s, 700’s & other assorted skiffs and trapeze boats made finding clear air a priority, something that Locals Dave Gorringe & Giles Chipperfield made look easy as they battled their way up the first beat, followed Tyler Harmsworth and Sat Nav (Tim Garvin) rounded together with Paul Birbeck on their transoms.

After this it all got a bit hazy & frantic, Birbeck’s kicker departed & ended his day prematurely. Harmsworth tested the water on the first gybe a lost contact, at the top of the next beat Dave & Giles were stretching away in their own private battle showing us all how to cope downwind in the chop, Sat Nav decided enough was enough & sailed past the mark back to the beach, Tyler carried on taking another dip too call off on the way and was mightily relived to get a finishing signal at the end of that lap, while Dave & Giles were half way around their third lap.

The race officer took in the carnage that was upturned skiffs and cancelled the rest of the days racing. Allowing us to sail in and find Tea and doughnuts waiting. Light refreshments!!! And food was taken at the joint clubs running the event followed by entertainment (or was that showing off) provided by some of the Merlin fleet.

Sunday arrived with more favourable wind speeds and an early launch. Race 4 got a way cleanly & again finding clear air was the key something that Sat Nav seemed to struggle with, Harmsworth found the go button and lead around the first mark with Gorringe and Chipperfield close behind and Birbeck and Sat Nav finally found some space, things stayed even for the next couple of rounds with Tyle & Dave pulling away from the rest, Giles took a pit stop at the bottom of the 3rd run allowing Sat Nav to pass, then it all got a bit weird, the leading two carried on for lap 4 whilst the rest stopped after 3 crossing the line with a variety of faster skiffs finishing lap 4 and RS400’s finishing after 3. 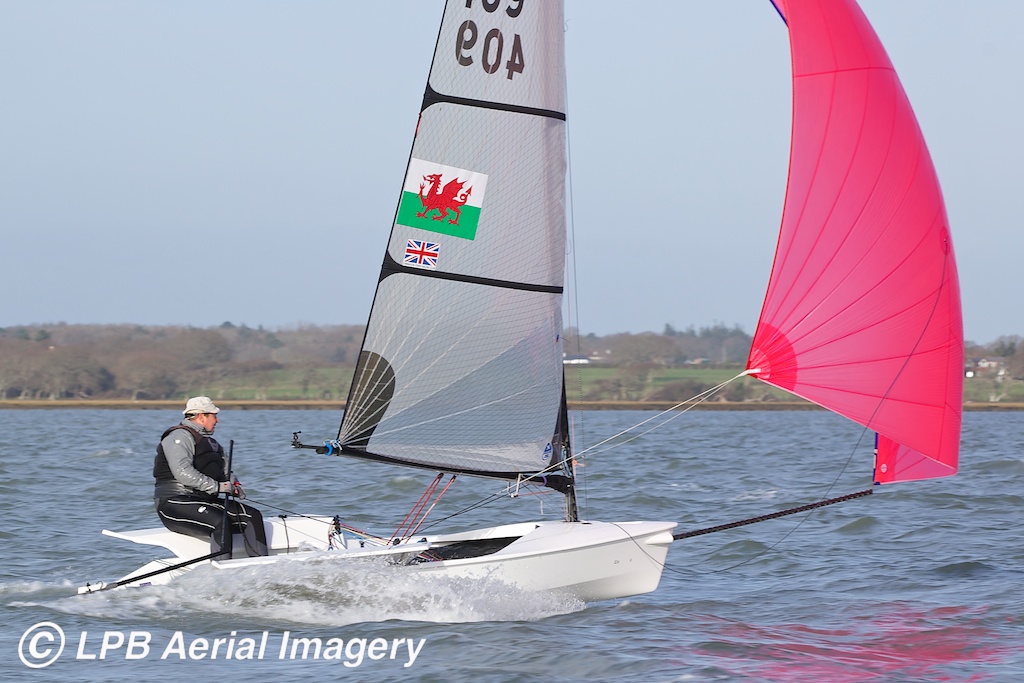 Following discussions with the race office Sat Nav found the error of his ways and needing all 3 results decided to gain brownie points and headed home to his daughter’s birthday party. Race 5 again Tyler got the better start & stayed out of trouble to lead Giles around the first mark then it was charge of the light brigade as the lighter Chipperfield put the pressure on downwind, Harmsworth managed to keep him out at the bottom mark & then extended upwind as Gorringe joined the party and these two had their own battle allowing Tyler to slip away for his second win of the day. Dave got the better of Giles by the end with Paul following them across.

Straight into race 6 & again Tyler broke clear with Giles just behind while Dave & Paul arrived together. Giles kept Tyler honest for the rest of the race, never letting him pull away to a comfortable lead and this time also fending off Dave to the finish, Paul decide 3 laps were enough and headed for home, we think it was to jump the que for the doughnuts!!
Those who did not make it missed a magnificent event. We all had a fantastic time & at Clubs that could not do enough for you & are the most friendlily &accommodating to both the sailors and Wives & we will defiantly be back next year .

Pictures copyright LPB - from last year's Regatta since we failed to get any for 2017!