Race-1 was sailed to a light NE wind which backed too much during the second round and was therefore shortened.  Race-2 was sailed in that now stable northerly for a full three rounds; local man Chris Sallis revelled and offered an early challenge to the lead.  Having already experienced postponement, the afternoon’s racing was curtailed.  Saturday evening ended with a hotel dinner then retiring to much ‘free’ ale at the clubhouse next door.

Once Saturday’s early gale had subsided there was not enough time to catch up Friday’s lost race. The problem here was a legacy of massive swell breaking onto the beach making for extremely hard work for the beach party who launched each boat in turn, wading when in control and swimming when caught out.  Once out beyond the surf-boarders most boats managed well; Tyler Harmsworth (Shoreham YC) showing great power and speed in the breeze. 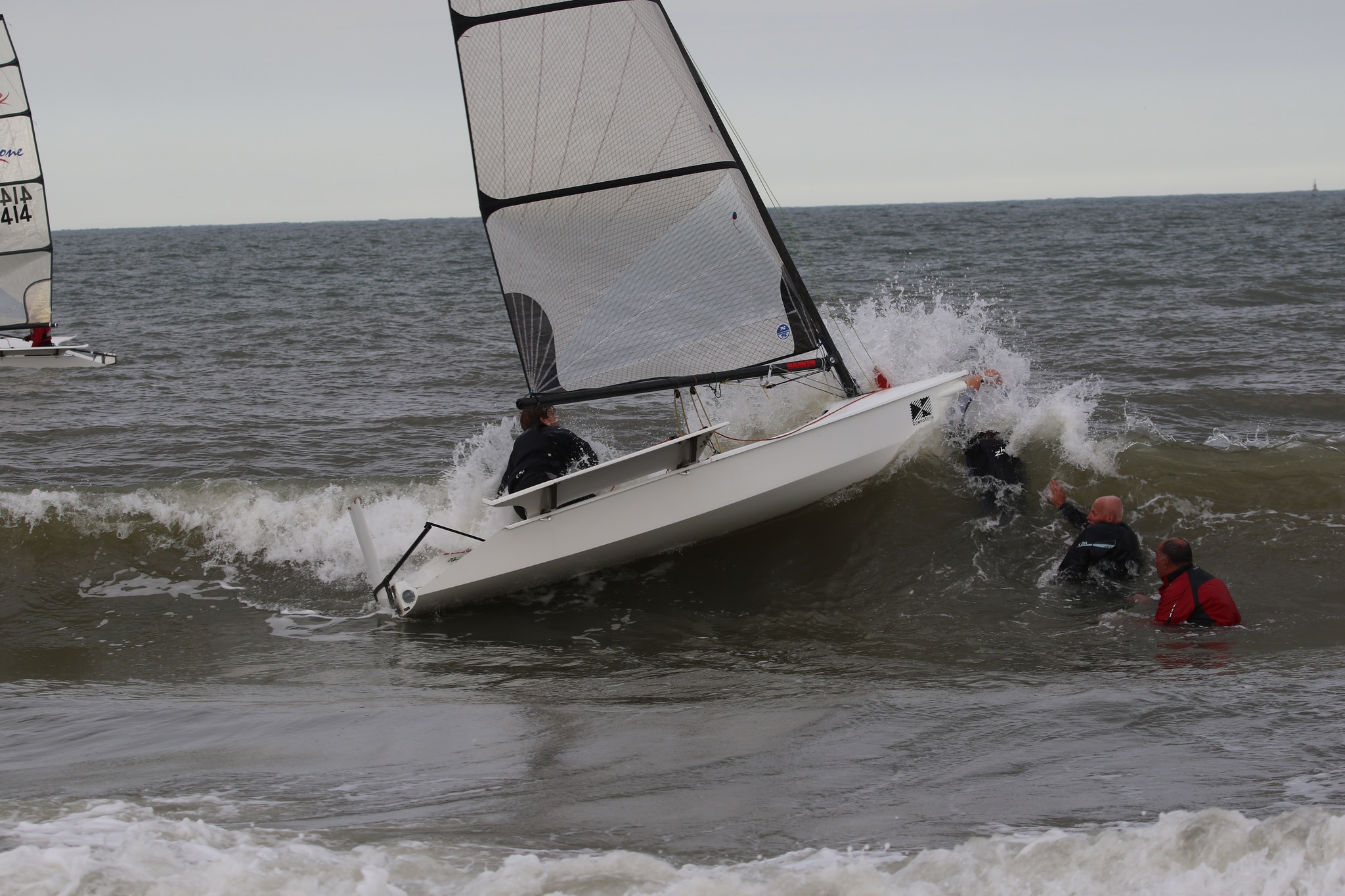 As the wind dropped Humphrey Carter from Gurnard and Giles Chipperfield stamped a clear desire for 2nd place overall, trading places as the wind abated to merest zephyr from south, requiring some boats to be towed toward the shore; the breakers were still there and the recovery-team had a particularly tough time; one sailor ended up in hospital being checked for concussion but gladly was released later that same evening.  The day ended with in-house cooked Paella, prepared over an enormous 4ft pan in the clubhouse by local sailor Martin Browne;  more ‘free’ beer and a generally happy evening.

Sunday’ racing was possibly the most interesting with some huge shifts and variations of strength. While some wallowed in lulls to one side, others were at full stretch elsewhere; some ladders and many snakes ! 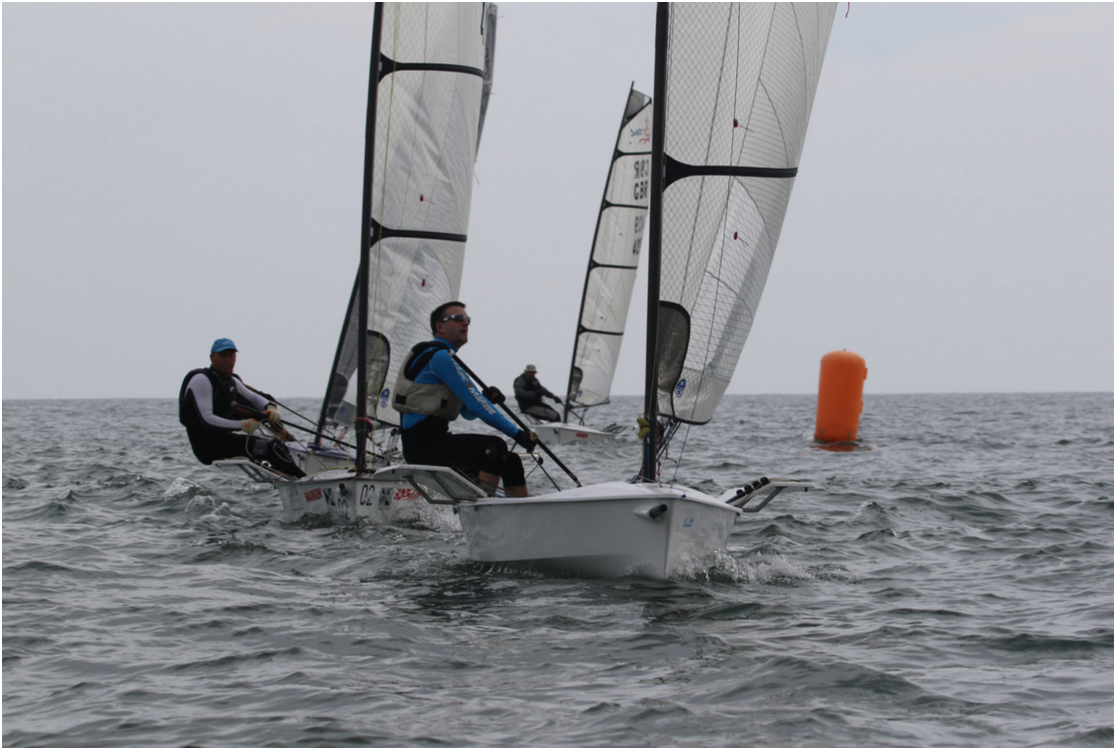 Congratulations to the home club for obvious huge effort put into a fantastic event with some sailors reporting afterwards being soooo pumped-up(!) with some of the most exciting sailing ever experienced;  especial mention of two Class newcomers James Nield (Windermere) and Howard Farbrother (Queen Mary) who both proved themselves front-runners on several occasions.. Huge thanks to Sponsors Noble Marine Insurance. Most of all, well-done to the 20-competitors who came from as far apart as Windermere, South Shields, Shoreham and Isle of Wight.