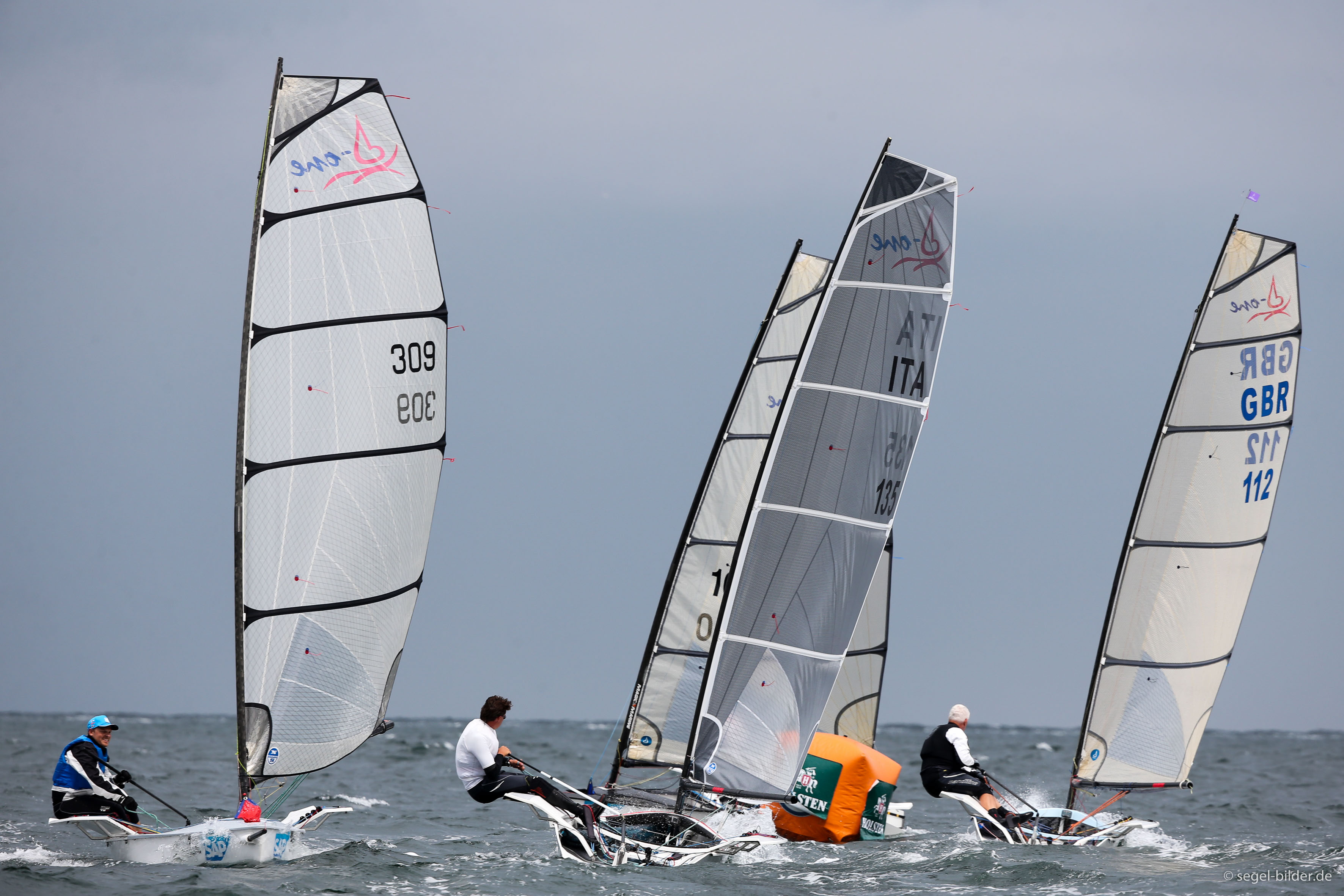 Nick Craig took 6 out of 7 line honours to win the 2015 D-One Gold cup in Travemunde, 23rd – 26th July. The town of Travemunde pulled out all the stops with fireworks, laser light shows, beach bars, and of course the compulsory sausage and beer stalls that come with such a prestigious German regatta.  The weather was a mixed bag of flat calm, 30deg sunshine, to 40kt squalls with electrical storms.

The 4 day event squeezed 3 races into the gusty 10kt first day as the forecast looked like day 2 would be very light and the final 2 days extremely windy.  Craig won the day but Chipperfield was in hot persuit in a comfortable second with a 2,1,2, testing Craig with some blistering off wind pace.  Tamas Szamody and Mario Rabo following with equal points in 3rd.

As it turns out the Baltic tends to turns things on its head.  Day 2 produced fantastic 12- 15kt steady building breeze which seemed to suite the Brits with Craig, Chipperfield, Dave Gorringe , and Humphrey Carter filling out the top 4 in 2 of the 3 races.  Day 3 was a more subdued affair with some light winds some horrible patches of weed that seemed to affect all competitors.  Mario Rabbo seemed relish the conditions pushing Craig all the way to the line.

There were 17 competitors in all with representatives from Hungary, Germany, Poland, Austria, as well of course the main contingents from UK and Italy.   There was close competitive racing among the top 12 with some new faces keen to gain experience and enjoy the entertainment laid on by the event, who were welcomed by the fleet.

Crowds of people came to the shore side grandstand, which showed live racing on the media course, and in the evening a river exhibition race was run.  Unfortunately both opportunities for the D-One to be in the public eye were cancelled due to the adverse weather that arrived on the Saturday evening and Sunday for the final race. 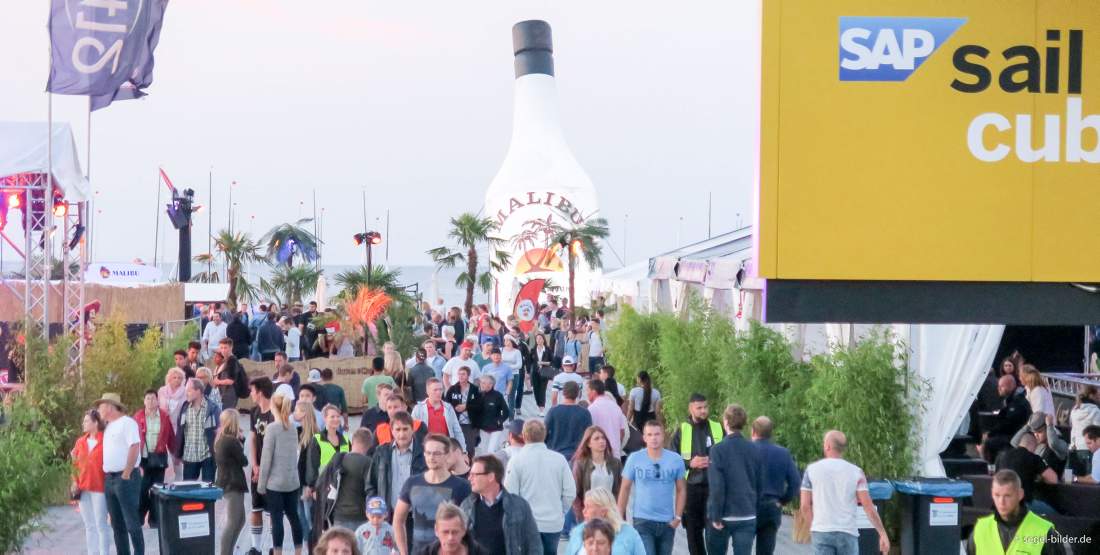 The class would very much like to thank the Travemunde Woche organisers and sponsors for putting on such a fantastic event and Jon Hammond, our outgoing International class secretary, who had the vision and brought the gold cup to Travemunde.

Next up on the D-One International calendar is the Czech Nationals, Lake Lipno, at the end of August, which is prelude this year to the D-One Europeans in Riva, Lake Garda. 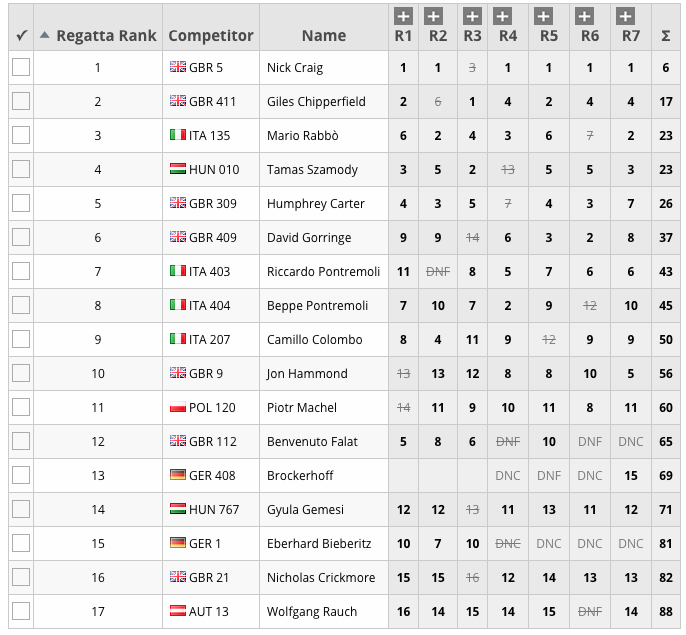