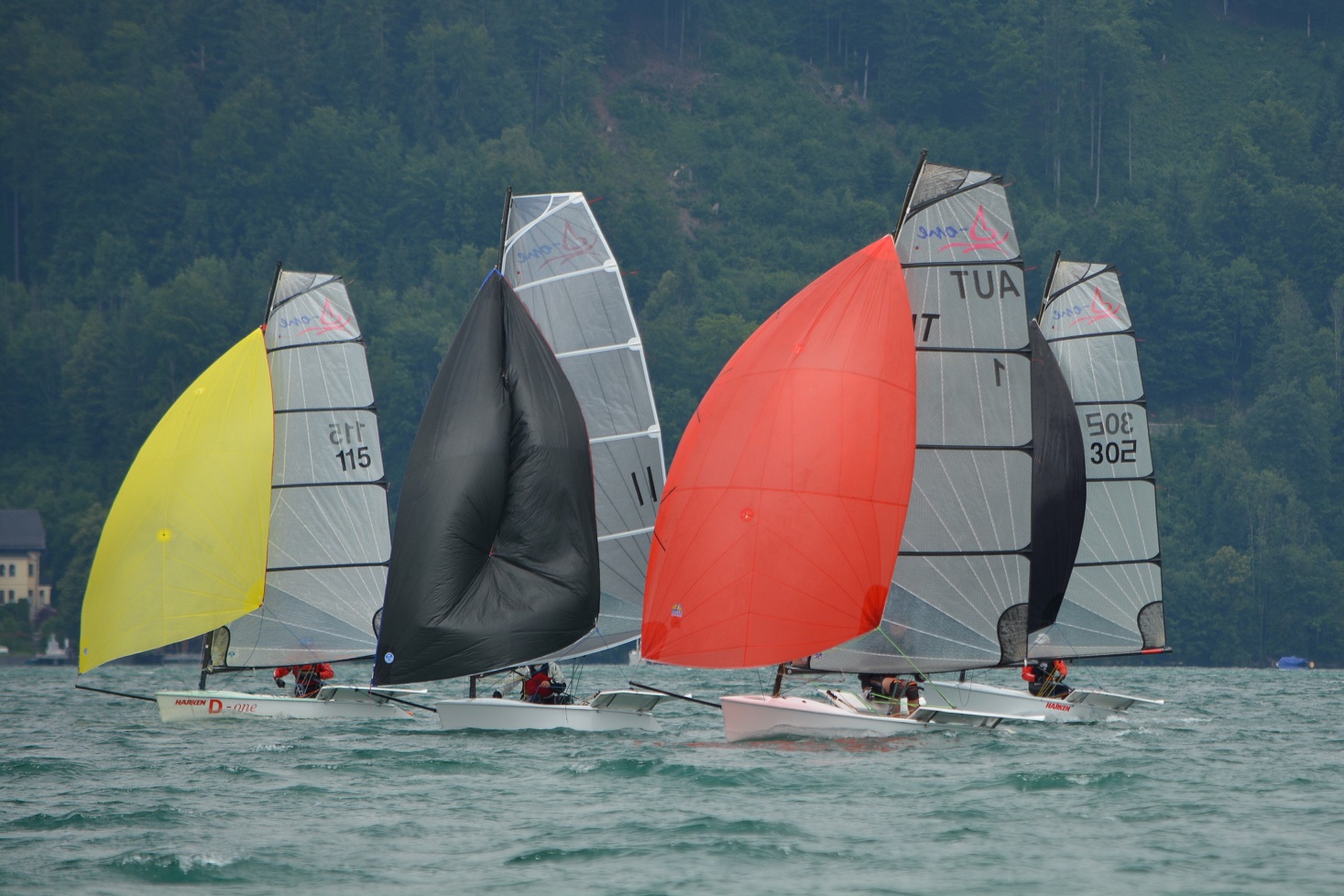 On day two the strong winds from the west continued but fortunately the breeze was more consistent (Force 4 - gusts up to Force 6) this time and therefore allowed some excellent racing conditions all day long. The fleet went out in the morning and completed race 4-6 before returning to shore for a lunch break. As the forecast for Sunday was quite light, the race officer decided to go out again in the afternoon for race number 7 (of 8). After the racing the fleet enjoyed another delicious meal, accompanied by a public viewing of the America´s Cup finals in the Club Restaurant.

After two days of racing Marek Bachtik (CZE) was on top of the leader board, with five bullets in seven races. Local sailor Mathias Böckl held the second place, with two race victories and only top 4 results. Only two points behind followed Felix Hofinger, who could not win a race on day one and two but managed to keep the score low, with four second and two third place results. Rank 4 and 5 were held by local sailors Georg Schöfegger and Toni Eigenstuhler, who (as always) fight for every point and both showed up with some strong results including a second-place finish each. 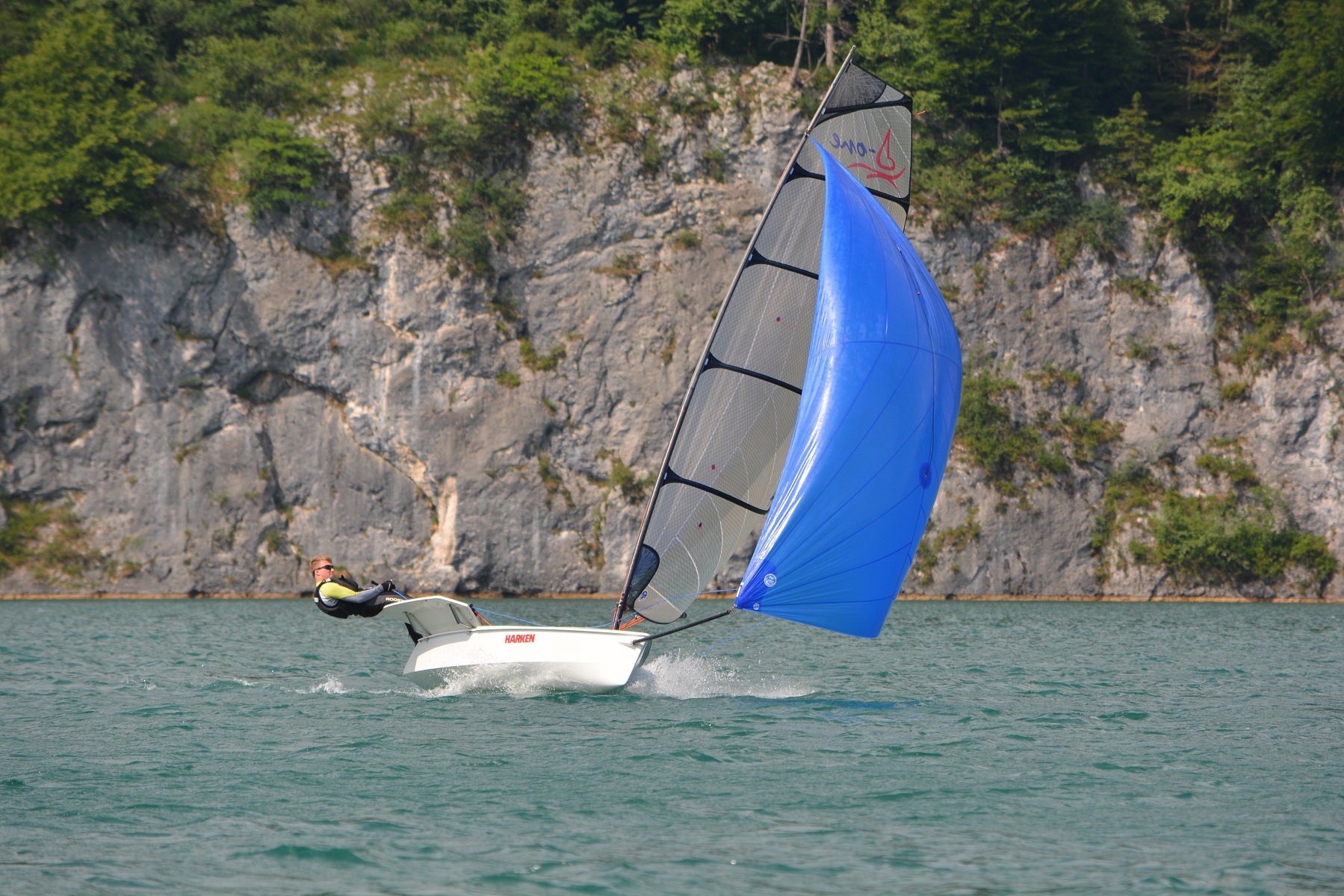 The final day of the series started calm and while most sailors enjoyed beautiful hours of relaxing in the sun, Ulrich Zühlke (GER) accompanied by Austrian newcomer Martin Zimmermann went out for some light wind testing/training in the morning breeze from the south. We are very happy that Martin enjoys the boat as much as we do and has bought his own boat directly after the event!

At around 12 o´clock a light thermal breeze kicked in and the fleet went out for the final race which was sailed in consistent Force 2 conditions. The final race was extremely close and saw many lead changes. Felix Hofinger picked the right side on the last upwind leg and managed to overtake Marek Bachtik to win his first race, while Mathias Böckl missed a puff on the downwind and therefore unfortunately dropped back to fourth place, which cost him the overall second place. The never-ending duel between Georg Schöfegger and Toni Eigenstuhler will continue as both sailors finished the series at 32 point, with Schöfegger on fourth and Eigenstuhler on fifth place.

Winner of the D-One Austrian Open 2017 is Marek Bachtik (10 points), followed by Felix Hofinger (17 points), securing the Austrian Class Champion title for the second time in a row and third place goes to Mathias Böckl (18 points).

We want to thank the race committee, the restaurant team and especially all our friends form Czech Republic and Germany who made their way to Austria. We hope you enjoyed your stay and we are looking forward to see you again at Attersee in September. 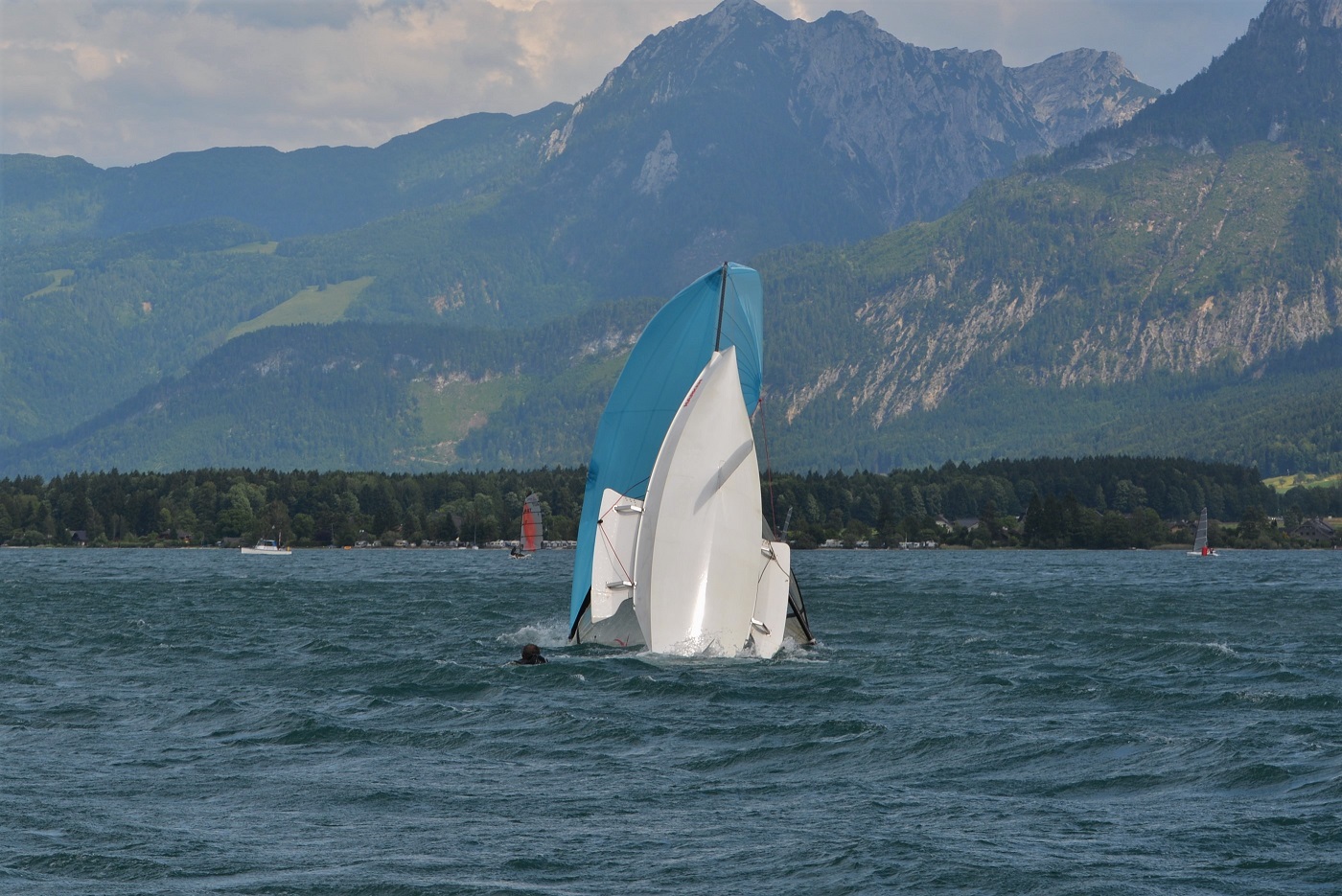 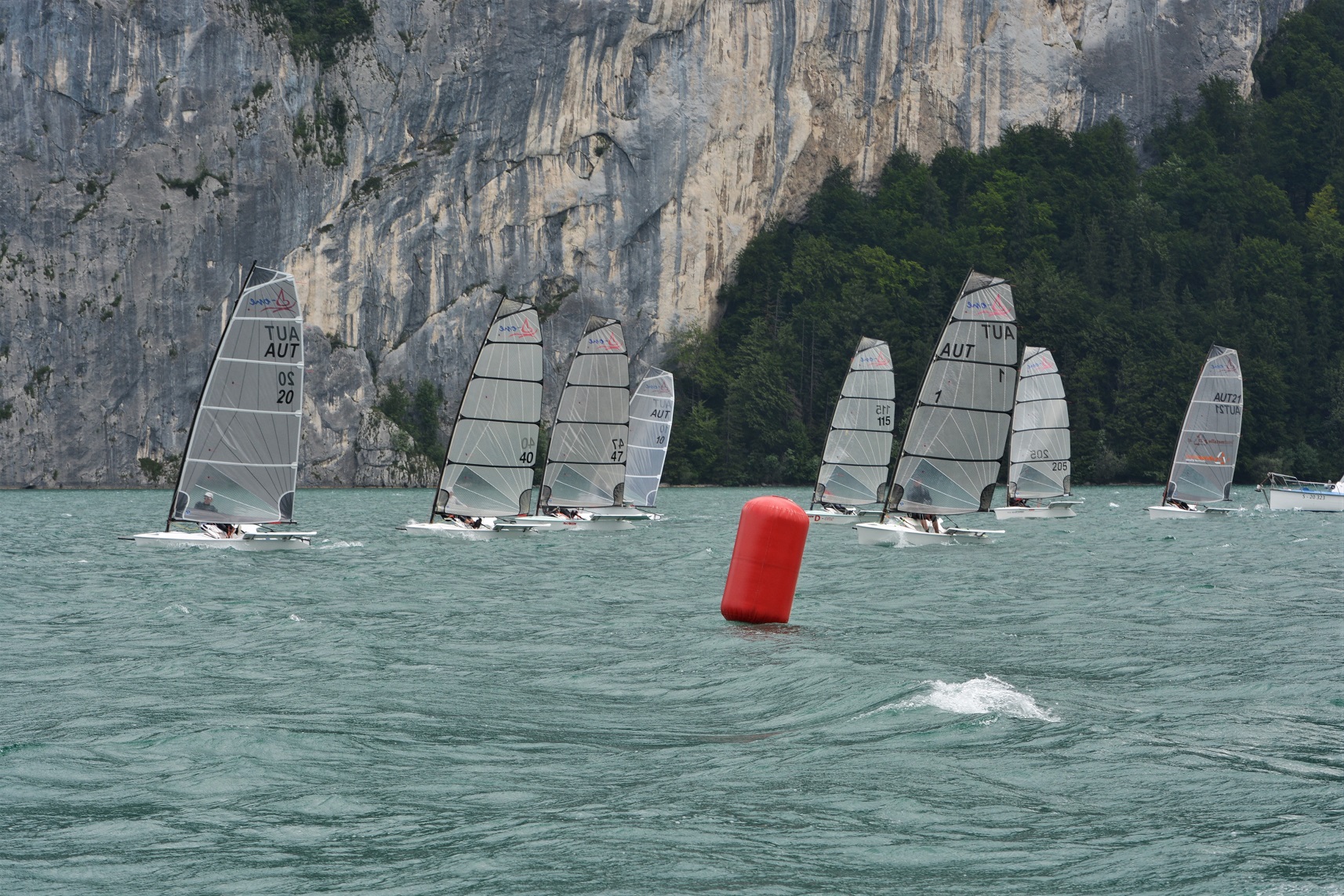 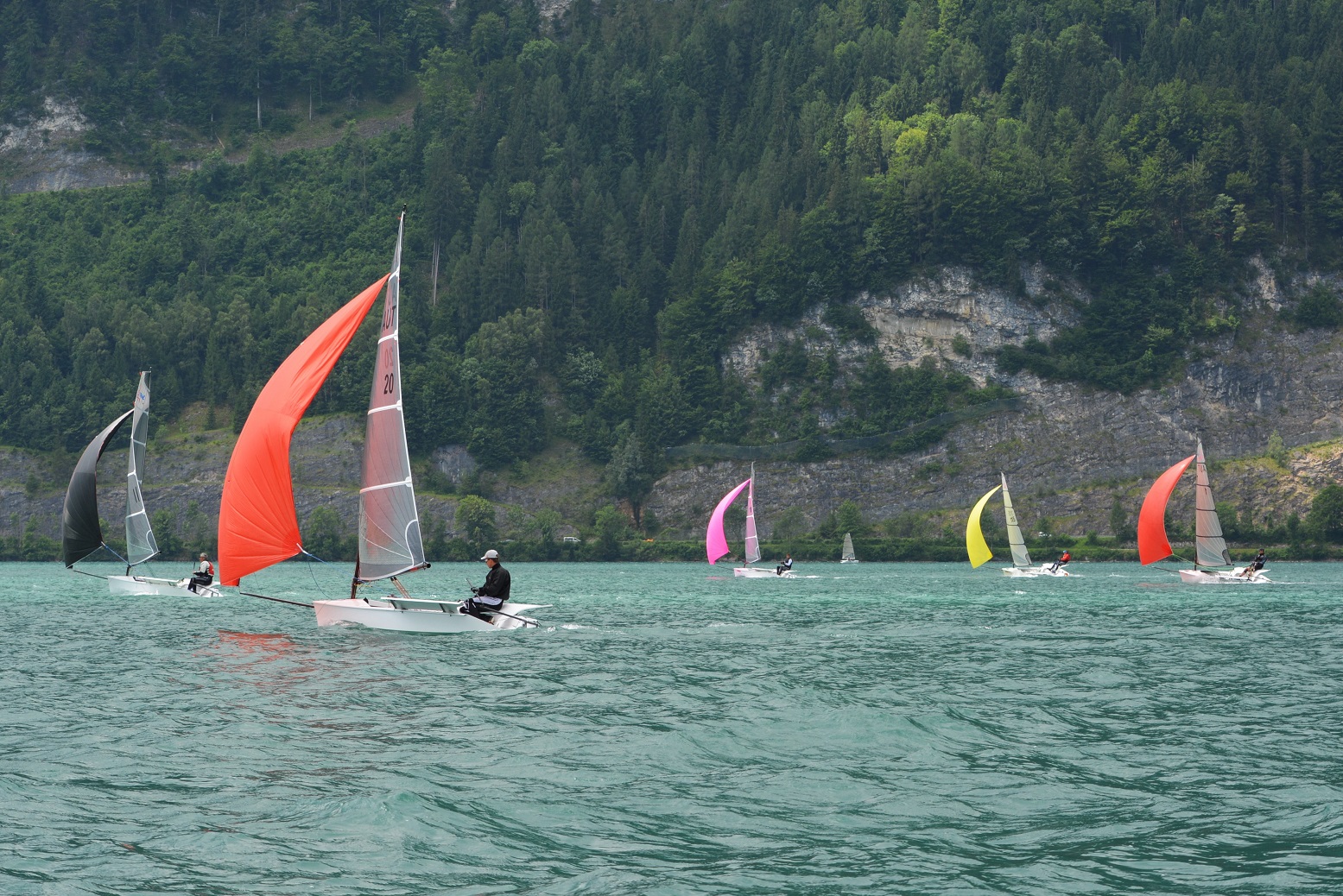 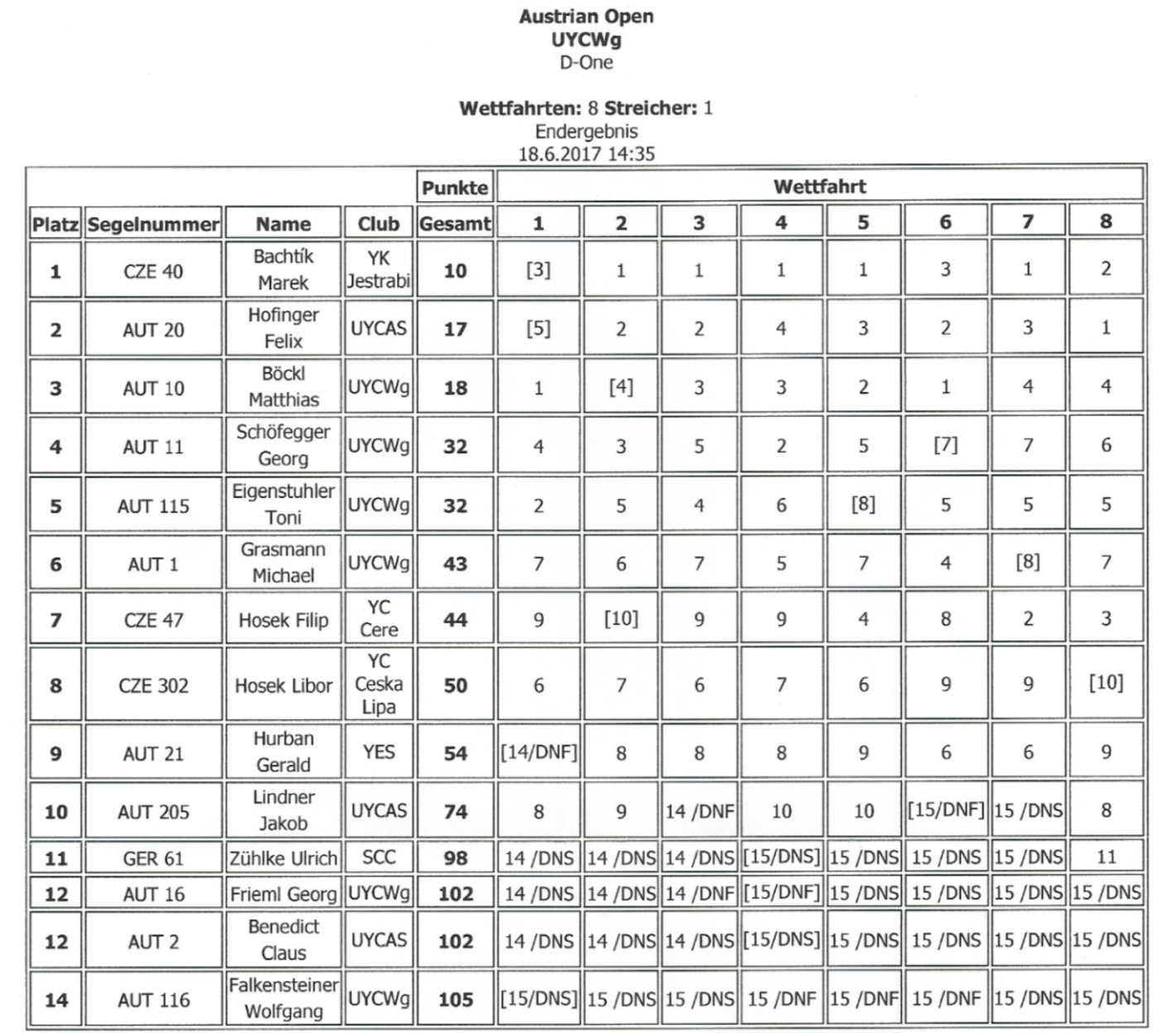